The decision to end this bibliography with the Carolingian assumption of royal power in Francia is similarly subjective. It can be justified, however, by several factors: 1 the disappearance by the mid-8th century of many of the original post-Roman continental polities; 2 the political and administrative transformations instigated by Carolingian expansionism; and 3 the tendency among modern overviews of early medieval continental European history to distinguish between the Merovingian and Carolingian eras.

While roughly half of the works below concentrate on specific peoples or polities, many of the remainder adopt a comparative approach. As emphasized recently by Wickham , cited under General Overviews , such an approach has the tangible benefit of emphasizing the diversity of repercussions of, and responses to, the collapse of western imperial administration.

Conversely, a comparative approach also can draw attention to similar trends across geographic space. Recent regional studies, such as Halsall , cited under British Kingdoms , have emphasized the latter point, taking advantage of comparative data. Regardless of scope, the works contained in this bibliography demonstrate not only the sociocultural vitality of early medieval Western Europe, but also the dynamism of modern scholarship devoted to the period.


There are a number of excellent overviews of early medieval Western European history currently available to students and scholars. Some, while intended principally for classroom use, nevertheless offer original analysis.

The classic example is Brown , which helped to establish the periodization of Late Antiquity as a means of emphasizing cultural continuities between the late Roman and early medieval eras. Smith likewise concentrates on culture within the context of social relations and organization. Wickham , in turn, is primarily socio-economic in focus, while prioritizing more explicitly and at greater length a comparative perspective.

Like Smith and Wickham , McKitterick is organized topically, rather than chronologically, but its chapters are conceived of us as introductory essays aimed primarily at nonspecialists.

In contrast, Innes and Collins adopt the form of traditional chronological textbooks, with the latter particularly focused on political and military events. Brown, Peter. 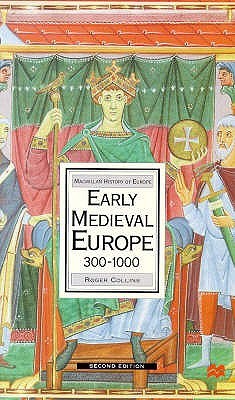 Library of World Civilizations. London: Thames and Hudson, A brief but seminal text, which popularized the nomenclature and periodization of Late Antiquity. Oxford: Blackwell, Despite the title, Brown does include discussion of the Byzantine and Islamic worlds.

The Cross Cultural Timeline system has been designed to highlight the many connections that can exist between artefacts within a museum collection. The CCT puts the user in control. Skills: By the end of the study-unit the student will be able to: Read critically and selectively and make sense of a range of secondary sources; Write under examination conditions essay-type answers to questions posed, showing a clear structure and logical presentation of arguments; Demonstrate an awareness of the long-term development of different experiences across medieval European history, and the importance of being aware of these.